I was called to this property in Bow East London, because the grout around the shower had become dirty and had gone a yellowy/orange colour over time. This is quite a common problem with shower tiles due to the dyes you find in most shampoo and shower gel products. There was also some mould that needed removing. The ceramic tiles themselves were glazed ceramic which are very easy to clean but as usual the grout was bringing the appearance of the bathroom down. 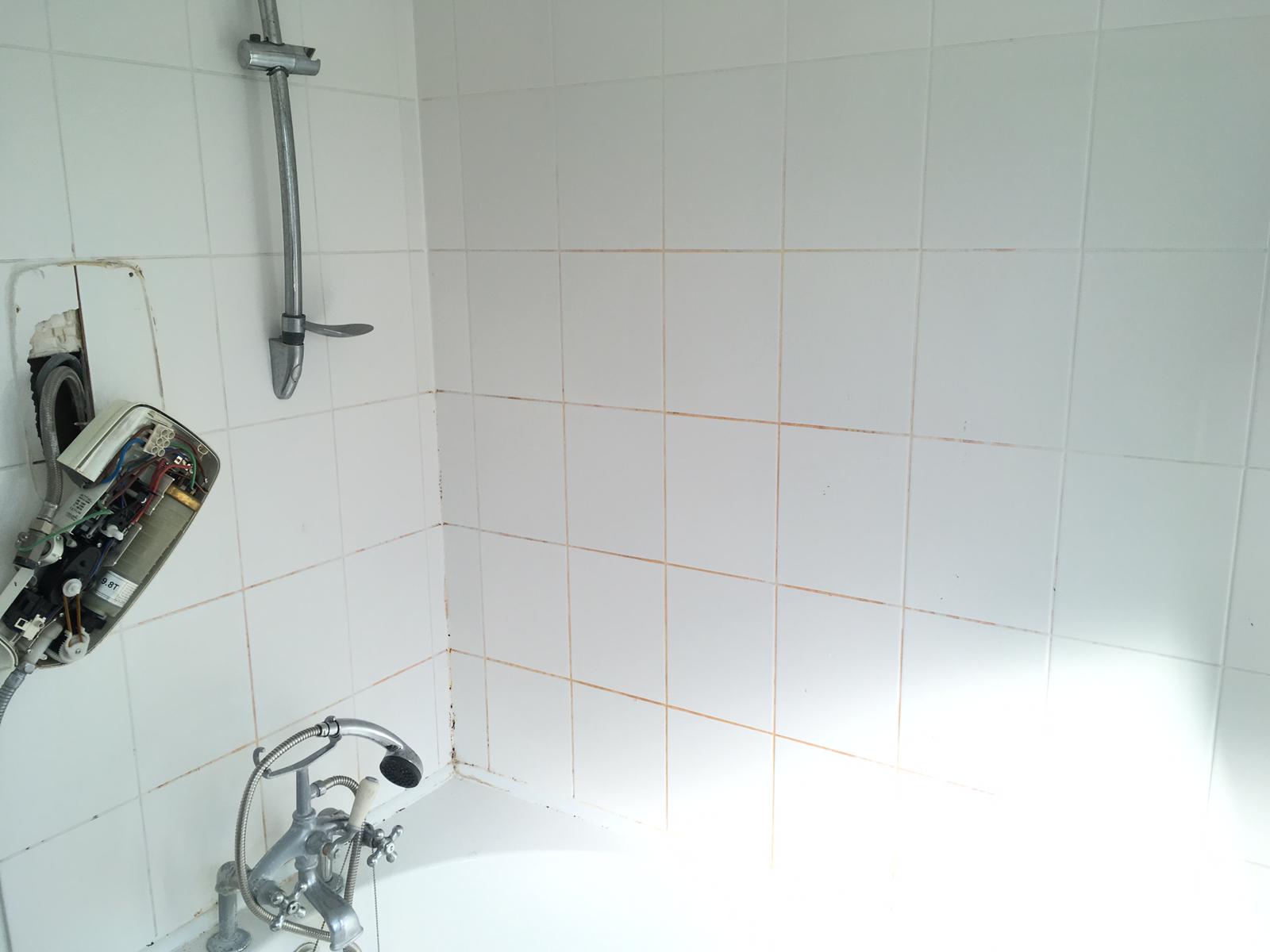 The client was keen to see if the grout could be restored and had considered removing the grout and replacing it, but this takes time and I felt it would not be necessary. There are a number of Tile Doctor grout cleaning products I could have used to remedy these issues. I discussed the options with the client, and we agreed a price to complete the work.
Given the appearance of mould I decided to go with Tile Doctor Duo Clean which is designed for cleaning bathroom tiles and grout.

Bow is an area in the London Borough of Tower Hamlets in East End of London. It is mostly a residential area which is around 5 miles east of Charing Cross. It became part of the County of London following the passing of the Local Government Act 1888. “Bow” is an abbreviation of the medieval name Stratford-at-Bow, in which “Bow” refers to the bowed bridge built here in the early 12th century.

Working in small sections from top to bottom the method I used to renovate the tile and grout was to spray the tiles and especially the grout with Tile Doctor Duo Clean. This product is designed for bathroom tile cleaning and comes with a spray head attachment, so it is ready to use. I then left the product to soak in for about ten minutes before scrubbing it in with a brush and then rinsed it off with water. It is always easier to clean tiles in this situation as the water can just drain away. In other areas we would need to use the wet vacuum to remove the soiled waste.

After repeating this process for the whole of the shower wall I then retreated any areas which needed more work until I was happy all the staining and mould was gone.

The area was then dried and the only job remaining was the seal the grout which will prevent the grout staining going forward. To do this I spayed on Tile Doctor Wall Grout Sealer which comes in an aerosol and is very easy to apply. 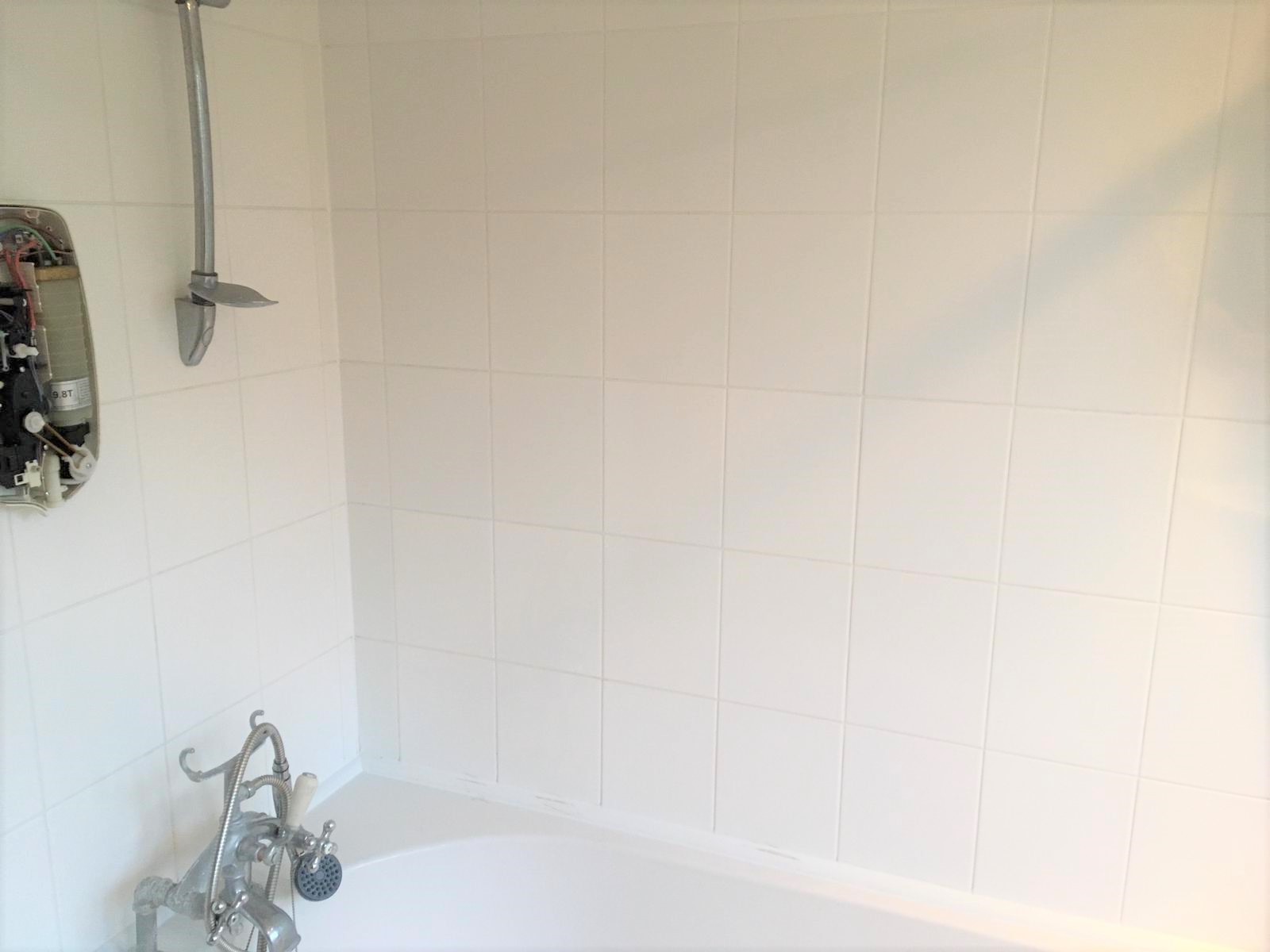 The client was very happy with the work, the bathroom was restored and looked much more appealing.

Professional Clean of a Ceramic Tiled Bathroom in East London 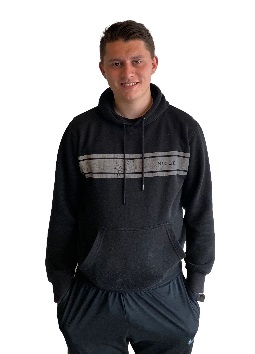 We were pleased with the prompt response and the helpful approach to solving some problem stains on our terracotta tiles. Happy to recommend service to others.
James G, Twickenham

Jon’s work on our very old and very grimy floor was excellent – it feels as thought we have a brand new kitchen! Many thanks!
Marianne C, Twickenham

I didn’t get to meet Jon in person but through the conversations we had on the phone I knew he was a professional. I emailed photos of the problem tiles and he responded very quickly with details of what nee ed to be done. I trusted him to let himself into my property and work his ‘magic’, which he certainly did. No sign of stains on bathroom tiles, and the big chip, spider looking crack in kitchen completely removed. I would recommend Jon for any tiling job. I am very fussy, I border on OCD when it comes to cleaning etc, but am more than happy with the work carried out. Excellent job- huge thanks to Jon.
Janine M, Epsom

We are very pleased with the work that Jon carried out on our limestone floor to restore it to its natural state. He was a very pleasant guy to work with and we would certainly use his expertise in the future.
Jill R, Kingston Upon Thames

Jonathan remembered that he visited us 8 years ago! He answered my texts quickly and gave lots of information about what he was doing and what we should do afterwards. It was a pleasure having him in the house, and it was also nice to get a little discount (due to quick drying weather) as the procedure IS expensive, although at the same time, I know that it completely transforms the floor. I hope we will see Jonathan again in a few years’ time!
Lesley G, Richmond

Fabulous, delighted with the whole process from first contact through your website, Jonathan’s proactive first consultation and honest assessment, a fair price, and an outstanding result. We’re delighted and would recommend wholeheartedly. Many thanks.
Damion T, Hampton

I am happy with the result. Jon worked very hard at removing several coats of paint to reveal the original tiles. I haven’t got the free bottle of cleaner but that’s probably because I stopped Jon returning to put the plant back on the doorstep. Thank you.
Ruth , Walton-on-thames